The scenery will change drastically in thepark.  March is the transition month fromwinter to spring.  In the middle of themonth beneath shrubs and reed beds fresh greens begin to sprout. The park willstart showing vivid changes of color from the winter withered brown to verduregreen toward the end of the month.  Springis coming!

According to the cherry blossom forecast byauthorities in 2017, it seems to hit Tokyo in the end of March.  The simultaneous blooms of cherry blossoms area symbol of spring in Japan, although they may not be so common in thepark.  Natural forest areas such as the forestin the eastern part of the park, is a tough place for cherry trees to survive.  They are not a member of the natural forestcommunity in Tokyo Bay area, so if you would like to enjoy “Hanami” (Cherryblossom viewing) you would be better off visiting Ueno Park or Sumida Park.

For bird viewing in March however will havea relatively large number and variety of ducks in the ponds again.  They will stay for a while before flying backnorth, eventually in April. Winter resident such as the Pale Thrush, Dusky Thrush,Daurian Redstart and Reed Bunting will stick around along with new arrivals theLittle Ringed Plover and Barn Swallow. They will arrive in the park toward theend of the month as vanguard of the summer resident. 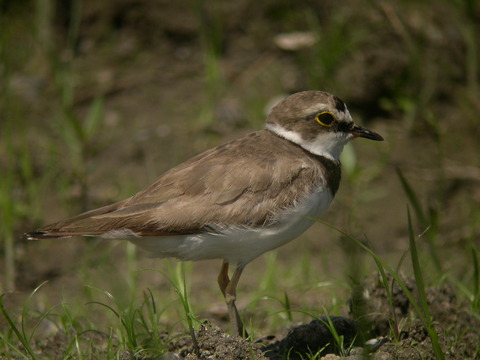 In the middle of the month, probably on the22nd and 23rd, we will conduct reed bed clearingoperations in freshwater ponds in the eastern part of the park.  This may disturb waterfowl and hamperbirdwatching by visitors for a short time. Fire could be the best tool to use to clear old and dead reeds, however beinglocated next to the Haneda International Airport, it is impossible to carry outa fire programme.  Instead of fire, wehave to remove old reed by ourselves, by hand. Please forgive our work since this is neccessary to maintain healthyreed beds. We need your kind cooperation and support. 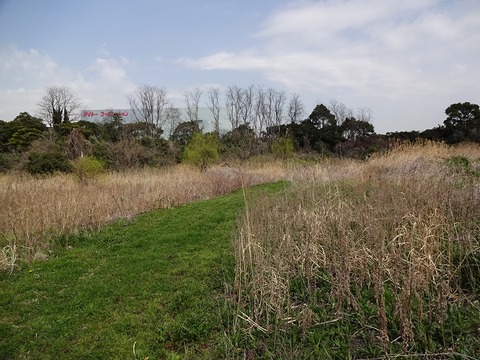 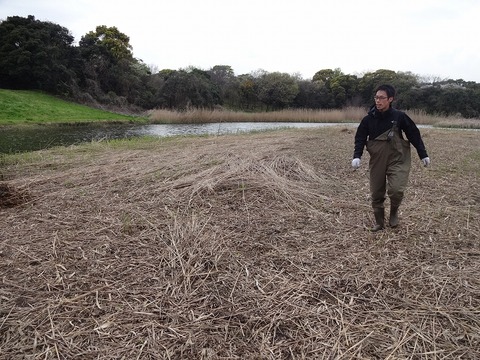